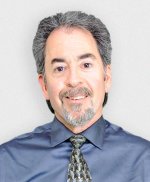 The 2018 Exchange connects key healthcare stakeholders, advocates and patients in an effort to create awareness and support patients in affording life-saving treatments that lead to more good days. We are pleased to announce Bruce A. Berger as a featured speaker during this annual event.

He was born in Cleveland, Ohio. Bruce received his BS in Pharmacy from The Ohio State University. After practicing pharmacy for two years he returned to Ohio State and received his Masters and Ph.D. in social and behavioral pharmacy. He taught at Ohio State before moving to West Virginia University in January, 1980. After two years at WVU, Bruce moved to Auburn University and taught there until his retirement from the university in September of 2009.

His research interests include health behavior change and improving treatment adherence. He has written three books, written or presented over 900 papers (88 peer reviewed) or seminars (94 peer reviewed) on these topics. He has attracted over $3.5 million in funding to support his research. He has been a consultant and trainer for the US Air Force, VA, US Army, Pfizer, Inc., Procter & Gamble, Abbvie, Novartis, Astra-Zeneca, Sanofi-Aventis, GSK, and over 50 health plans, including Humana, Harvard Pilgrim, Tufts Health, ConnectiCare, Medical Mutual of Ohio and numerous BlueCross BlueShield plans.

He is the recipient of the Johnson & Johnson Award, the Lyman Award and the first American Association of Colleges of Pharmacy's Award of Excellence for his research. He is the 2001 recipient of the Jack L. Beal Post baccalaureate Alumni Award from the Ohio State University. In March of 2004 Bruce was awarded a fellowship by the American Pharmacists Association (APhA) Academy of Pharmaceutical Research and Science for a lifetime of quality research.

Bruce is the 2007 and 2009 winner of the APhA Wierderholt Prize for the best research publication in the social, behavioral, and administrative sciences in pharmacy in the Journal of the APhA. The first study focused on the impact of motivational interviewing. Bruce is the 2009 recipient of the American Association of Colleges of Phamacy's Robert Chalmers Distinguished Pharmacy Educator Award, one of the Association's three highest honors. Bruce has also been nominated for the 2012 prestigious Pinnacle Award of the American Pharmacists Association for a lifetime of innovative leadership in medication adherence.
Bruce is the author of the book, Motivational Interviewing for Health Care Professionals: A Sensible Approach, APhA, Washington, DC, August, 2013, and an 8 hour accredited Motivational Interviewing E-Learning Program for Health Care Professionals (2015), along with William A. Villaume.

Join Good Days for our 10th Annual Exchange! Learn more about the event by clicking here.